A Cloak for St Cuthbert, commissioned by Durham Cathedral. 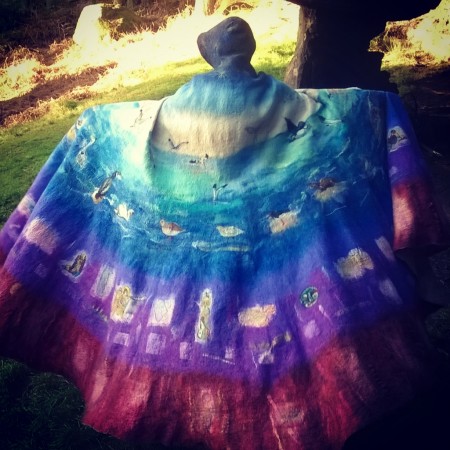 My biggest felt commission to date was completed at the end of last year. The felt cloak was designed to be worn for story telling and reflects the life and legacy of an important local figure. It is richly decorated with imagery from the wildlife of Lindisfarne, images from the Lindisfarne Gospels and also from the silks that were placed in the coffin after his death.

Before it was delivered I was able to have some photographs taken of me wearing it at and above Cuthbert's Cave.

It will be exhibited alongside Cuthbert's treasures when they are exhibited later this year in the newly developed areas of Durham Cathedral.